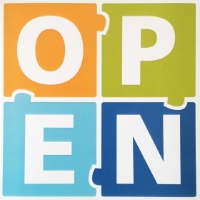 Here you will find answers to questions related to our Open Roberta Lab.

How can I save my programs?

Click on the edit icon in the upper left corner of the Open Roberta Lab.

If you have an account in the Roberta Lab and are logged in with it, you can now save the program in your account under »save as...«.

Alternatively you can always download your program under »export program«. It should now be in your download folder (if it has not been changed in your browser).

With the function »import program« you can load such locally saved program back into the Open Roberta Lab.

The files downloaded here are in .xml format and cannot simply be moved to microcontrollers such as Calliope mini or micro:bit. To make the Calliope mini understand the program, the Lab generates a .hex file from the blocks. This file cannot be loaded back into the Open Roberta Lab.

I forgot my username

If you forgot your username and you remember the e-mail address you used when registering - then follow these steps to detect your username:

After a short time you receive an e-mail. In the salutation line you see your username.

This way you create a variable which may be configured, for example by giving a name and to declare the variable type. After this declaration the variable block is available in the variables toolbox.

A detailed description for the use of variables is available in the programming Wiki.

Why can't I scroll in the Open Roberta Lab?

In fact, scrolling is not possible. All you have to do is move the mouse over the program interface and then »hold« the interface with a left-click. If you now move the mouse, the surface moves with it.

Can I set the distances in cm on my own background for the simulation?

If you already have a true to scale background, but it has a different pixel to cm ratio, scale your background as a whole (e.g. with Microsoft Paint or other image editing programs) to the total width or height in centimeters by three.

There may be a problem with the browser cache. You can easily fix this by pressing Ctrl-F5 in the opened browser. This will clear the cache and in most cases fix the problem you described.

There is already an issue about this with us on GitHub https://github.com/OpenRoberta/robertalab/issues/980.

The problem is also described here https://support.mozilla.org/en-US/questions/1214123 and can't be fixed by us.

The connection to the lab is constantly interrupted.

This problem occurs when the connection to the server is unstable.

Our preferred solution would be to set up a local server on a computer or a Raspberry Pi, as we ourselves use it for external workshops or training.

The Open Roberta Lab no longer displays the usual symbols, but completely different ones. Sometimes the simulation window remains empty.

An empty simulation or code window can also be due to the zoom level of the browser. At zoom levels above and below 100%, Firefox occasionally displays empty images. In this case the change of the zoom level helps.

Error message: "The program could not be compiled into the corresponding programming language".

After that everything should work again.

Error message: »The program could not be compiled into machine language«

Error message: »The program could not be compiled into machine language«.

In most cases the robot configuration does not match the program.

Check in the "Robot Configuration" if all sensors used in the program are included and if the sensors are assigned to the correct ports.

This error occurs if an attempt is made to install a local copy of Open Roberta with a Maven version that is too old. Update Maven to at least version 3.2 and repeat the installation.

How the Simulation Works

Which robots can be simulated?

Is there a key combination that brings the robot back to a start position?

The following button in the Open Roberta Lab causes the robot to be set to the start position in the simulation.

Connecting the robots with the Open Roberta Lab

There are different alternatives to connect the robots with the Open Roberta Lab. Depending on the robot system, it is possible to connect to our lab via Wi-Fi, Bluetooth or USB.

How to connect which robot to the lab can be found here or on the setup page of the robot.

What does the command »Build the source code« mean? I can already see the code and after clicking on the button nothing changes externally.

When the »Build the source code« button is pressed, the current source code is compiled as it is. This is currently the case for Java and C/C++, because with these languages the source code must be compiled. If there are any errors, they are displayed in a pop-up. This can be very helpful if you want to change something in several places: You should check the changes frequently to find an error faster.

With some programming languages, such as Python, nothing actually happens at the moment. Later on, a so-called »linter« is planned which will at least check if the syntax is correct (there is no compiling here).

The »Run on the robot« button does the same as the »Build the source code« button, but tries to transfer the program directly to the target system after compilation.

Which programming language is used for code generation?

Arduino C/C++ is actually C/C++, but a somewhat reduced selection from C/C++.

MicroPython is Python for microcontrollers.